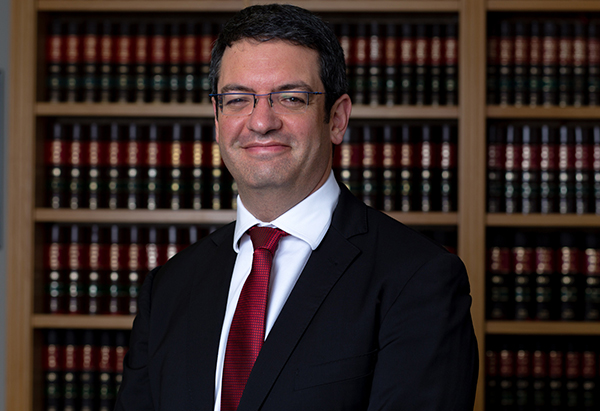 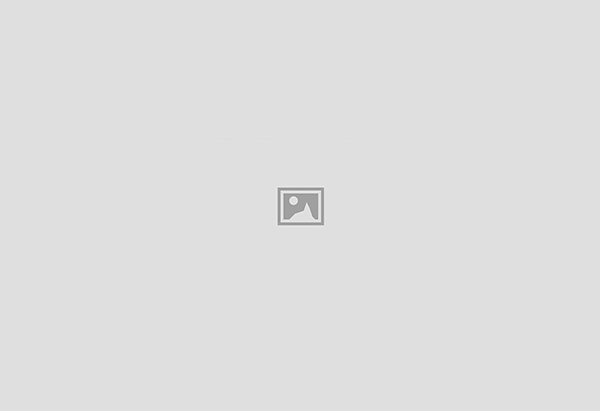 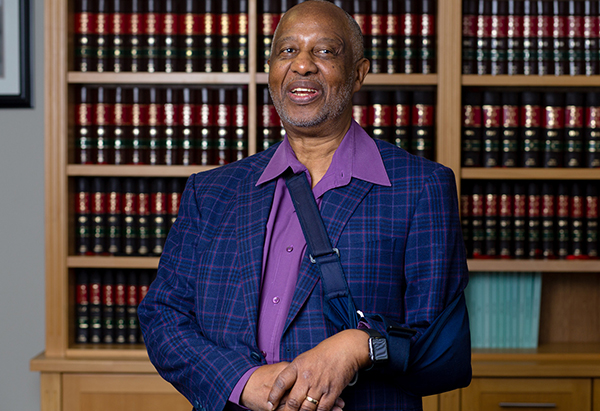 Nasreen Rajab-Budlender SC was admitted as an Advocate in 2000 and joined the Bar in 2005. She holds a LLB degree from the University of Cape Town and a LLM from Columbia University in the United States. Nasreen worked as a researcher to Chief Justice Arthur Chaskalson at the Constitutional Court and as his researcher on the Judicial Services Commission.

Her primary areas of practice include Administrative Law, Constitutional Law, Commercial Litigation and Environmental Law. Nasreen has acted as a Judge of the Land Claims Court and the North Gauteng High Court. She is a panellist with the Arbitration Foundation of South Africa (AFSA), and regularly chairs commercial arbitrations and disciplinary hearings. Nasreen is an elected member of the Gauteng Legal Practice Council and is currently the Chairperson of PABASA. 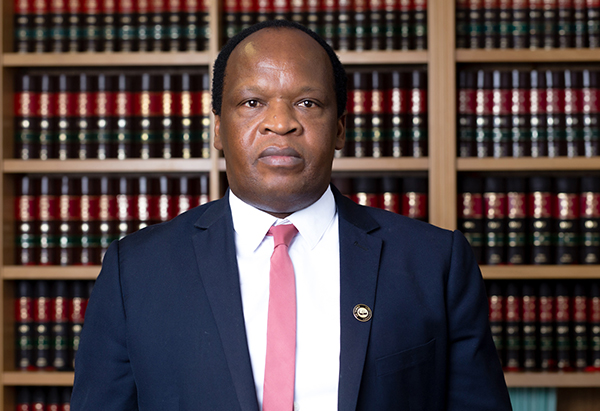 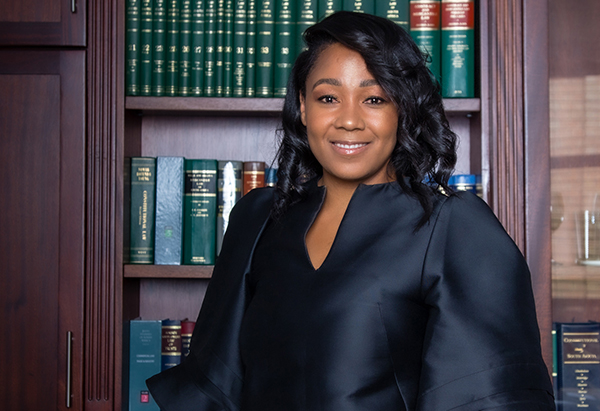 Lizelle is an Advocate, with several degrees, including an LLB, an LLM in Corporate Law, and an Honours Certificate in Advanced Tax Practice and an Advanced Certificate in Corporate Law. She was an academic associate and lecturer at the University of Pretoria and thereafter an admitted and practicing Advocate with the Pretoria Society of Advocates prior to her appointment as a Tax Specialist at the South African Revenue Service. Lizelle re-joined the Pretoria Society of Advocates and practices in all areas of general commercial law with a particular interest in tax law, custom and excise law, company law, competition law and corporate governance. Lizelle was appointed by the deputy judge president of the Gauteng North High Court as an acting Judge in 2017 and by the Minister of Trade and Industry in 2014 as a Tribunal member of the Companies Tribunal, a newly established body under the Companies Act, to adjudicate over company law disputes and facilitate mediations. She served on various boards both in the public and private sectors and has been involved in the BMF Investments Company, the SEDA Limpopo Jewellery Incubator and the Tshwane Economic Development Agency as a member of the Board of Directors and member of the Board’s various sub-committees.

Lizelle’s achievements are manifold – ranging from MP of the African Youth Parliament (NEPAD) to keynote speaker at the Africa Student Symposium on negotiation and conflict resolution in conjunction with the Arcadia University (USA) and University of Cape Town. She is also the recipient of numerous recognition of achievement, service and leadership awards. Lizelle is deeply committed to community work, and prescribes to ‘making a difference’ and has therefore been apart of establishing a number of Not-for-Profit organizations focusing on young and women in particular. Sha’ista has a passion for public, regulatory, customs, administrative and constitutional law.  Before being called to the Bar, she practised in all areas of public and regulatory law while working as an attorney in two of the country’s top law firms in both Cape Town and Johannesburg. In 2006 Sha’ista clerked as a legal researcher at the Constitutional Court and in 2010 she completed her LLM (with distinction) at SOAS, University of London. 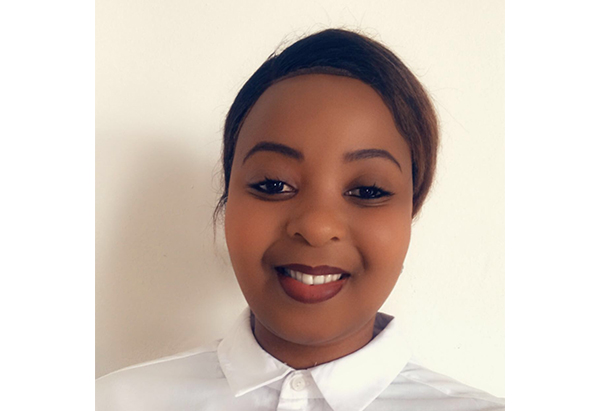 Adv Bongiwe Khumalo is an LLB graduate and Golden Key International Honour Society member from the University of the Witwatersrand and an alumnus of Rhodes university wherein she obtained her Bachelor of Social Sciences (BSocSci) double majoring in Political and International Studies as well as Legal Theory. As a candidate attorney at the State Attorney in Johannesburg, she gained expertise in Unlawful Arrest and Detention matters as well as Malicious Prosecution and Medical Negligence. Upon completing her one year of pupillage at the Pius Langa School of Advocacy under the mentorship of Adv Naledi Mothapo she passed all of her Competency Based Bar Exams and was admitted as an Advocate by the South Gauteng High Court in February 2021. Katlego holds an LLM and a certificate in competition law. Was admitted as an Advocate in 2017 and joined the Johannesburg Bar as a pupil. Before joining the Johannesburg Bar, Loyiso had a stint in both private and public sector. Loyiso worked in various advisory capacities rising through the senior leadership ranks. 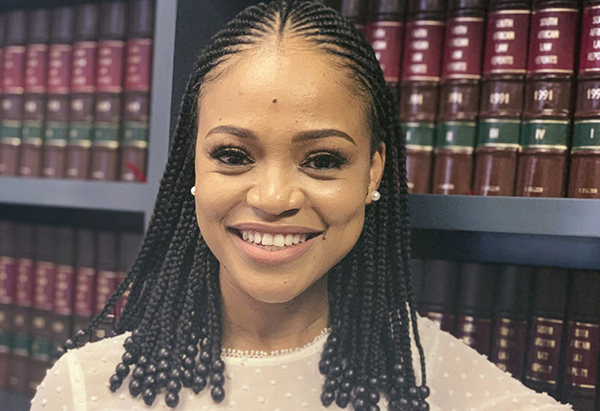 Nkomotana began his career as a Practicing Attorney with Mankoe Incorporated in 2000, representing clients in both the public and private sectors. He moved on to the Department of Health as Senior Manager: Procurement, where he was responsible for overall strategic management, and compliance with the PFMA and other relevant legislation.

Nkomotana then served as Company Secretary and Legal Advisor to the Polokwane International Airport, Municipal Manager of the Waterberg District, and as Acting Senior General Manager in the Policy and Planning Coordination Unit in the Office of the Premier.

In 2009 he became Head of the Department of Cooperative Governance, Human Settlements and Traditional Affairs in Limpopo Province, responsible for the strategic leadership of 30 municipalities, and the Headmen, Senior Traditional Leaders and Kings in the province.

He progressed to become MEC responsible for this department and later an MP in the Limpopo Provincial Legislature. Nkomotana served on the SABC Board from 2010 to 2011. In 2014, he focussed again on the legal sector, serving his pupillage with the Johannesburg Bar of Advocates until his admission to the Bar. He currently practices as an Advocate with the Duma Nokwe Group of Advocates. 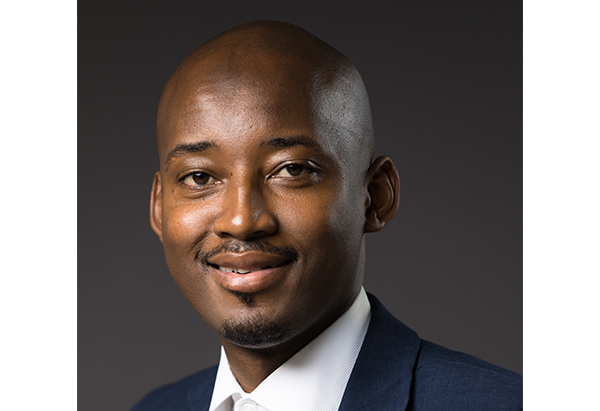 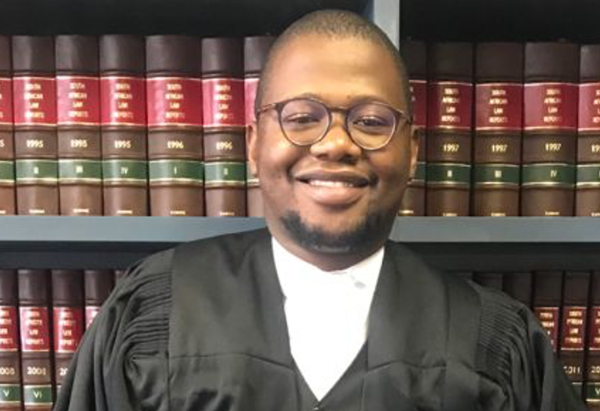 Siphelo holds an LLB and LLM (Constitutional & Human Rights Laws Litigation) from the universities of Fort Hare and UKZN respectively. He was part of the inaugural PABASA pupilage program and did his pupilage under the tutelage of Adv Nasreen Rajab-Budlender in 2020, he got admitted as an Advocate in October of the same year. Before being called to the Bar he clerked at the Constitutional Court (Madlanga J), a period he describes as “the time of my life”. His five years’ work experience prior joining the Bar saw him work in the Equality Unit at the South African Human Rights Commission, Lawyers for Human Rights and SECTION27. Tebogo Raikane commenced legal practice as an Attorney, before being called to the Bar in 2020. Whilst practicing as an Attorney he has gained experience in Banking Law (Litigation), Corporate and Commercial Litigation, Drafting of Commercial Agreements and Contractual Disputes, Evictions (Commercial and PIE Applications), Foreclosures (Panel Litigation) Insolvency, Medical Aid Schemes Litigation, Personal Injury (Panel Litigation). Tebogo has appeared in the High Court (Johannesburg and Pretoria), various Magistrates’ Courts in Gauteng, Insolvency Enquiries held at various Magistrates’ Courts in Gauteng. He holds a Bachelor of Laws from UNISA.

Practised as an attorney on her own account from 1998 to 2012. Appointed to the lower court bench as a magistrate in both the district and acted in the Regional Court until 2107. Admitted as an Advocate in 2017 and completed pupillage the same at the Pretoria Bar. 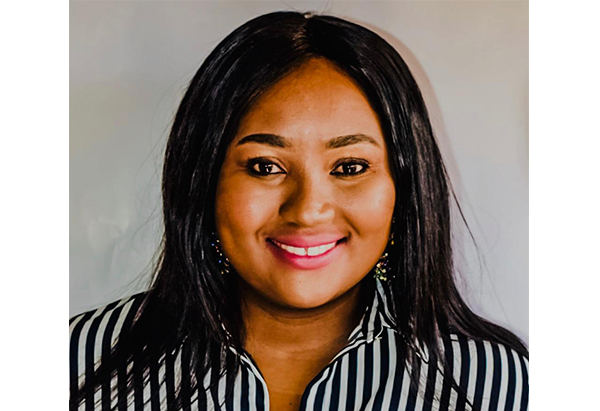 Adv Thulelo Makola was admitted as an advocate in November 2016. She is an ambitious and hard-working individual, committed to providing change in our society through litigation, teaching and policy making. Her strengths include legal research, comparative research, litigation and legal writing. Adv Thulelo Makola holds an LLB and LLM in Private International Law (cum laude) from the University of South Africa. She also holds a programme in Legislative Drafting certificate from North West University. Her work experience includes being a lecturer and legal researcher at the University of South Africa, a legal researcher for the Department of Justice and Constitutional Development and a State Law Adviser at the South African Law Reform Commission. Adv Makola has over 9 years legal experience. Her practice areas are; Administrative law, Constitutional law, Private International Law, Labour law, tax law, Public International Law, Third Party and Compensation, Property Law, Corporate and Commercial, business rescue, Family law, Motion Court. 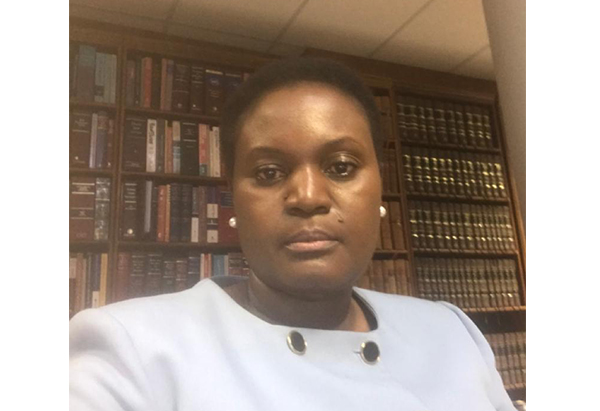 Adv Matlhape holds a BA (Law) and LLB Degree from the University of UKZN.

Adv Matlhape started her career as a Public Defender at the office of the Legal Aid Board in 1997. She then practiced as an attorney for her own practice until 2002 when she joined the State as a Public Prosecutor. Adv Matlhape was appointed a Magistrate in 2004, the position she held until 2014. She was admitted as an advocate in 2015 at the Pretoria Society of advocates and joined PABASA in 2019. She is currently at PABASA Sandton Chambers. 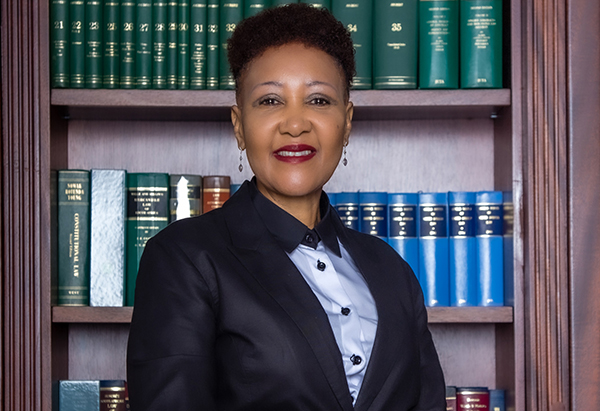 Prior to being called to the Bar in 2021, Adv. Bridgette Sehlapelo was admitted as an Attorney (Pretoria High Court) in February 2002. After her articles, she worked for different State entities such as Legal Aid Board, SABS, Land Bank, SA Post Office, ICASA, African Exploration Mining and Finance Corporation (AEMFC) and FAIS Ombud and held different positions from Legal Advisor to Senior Management / Executive. Her experience amongst others, include Labour law, Family Law, Mining Law, Civil litigation, Criminal litigation, Telecommunications & Broadcasting Law, Commercial Law Consumer law and Insurance law.

© Copyrights 2020 PABASA All rights reserved.
* Type a keyword then press Enter
Select the fields to be shown. Others will be hidden. Drag and drop to rearrange the order.
Click outside to hide the compare bar
Compare
Wishlist 0
Open wishlist page Continue shopping
Loading...